At our gathering in Atlanta in 2009, I was in full-blown ‘awakening.’ Awakening sounds so, well, beautiful. And it is, as all is God’s beauty of creation, but what also is true, awakening is a very destructive process. And I was fully destructing before everyone’s eyes. My eyes were open.

When my awakening, burst forth during our gathering, I was a wide-open channel. Yes, there was a clear and strong connection to my Higher Self that I had never experienced before. But there was something else. A darkness, an energy, rushed in to interfere with what I was doing.

On that day when I spoke that ‘the wealthy were controlling’, there was no energy in our Circle that I was ‘picking up on.’ In those moments, I was being interfered with by the darkness that had come in. I could not see anything but the overwhelming nature of darkness.

This energy that came in to interfere with the bringing forth of Light was an enslaving energy. I was shown an ancient time when this energy interfered with God’s plan and brought total enslavement to groups of people. It was the energy of dominion over. I was told that it was time to heal this.

In my full pulverization, my full opening to Grace’s fierce alchemy, I was held 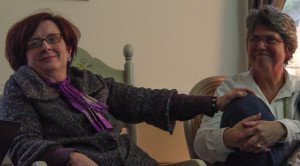