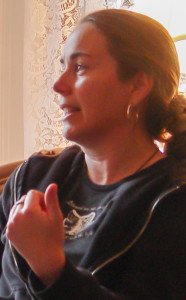 I was so captivated by the visions I read, so inspired by the people I met who responded to the initial letter, that I wanted to be a part of it. I did not understand at first that manifesting the retreat center vision was not Harvest Time’s work.

Nancy Thurston used the image of what an engineer does to get a piece of land ready to build. There is the clearing of the earth, the removal of debris and the digging of a hole for a foundation. Only when the site is ready can building begin.

Harvest Time’s role, I came to understand, had something to do with clearing the space so that whatever was built would stand on a solid foundation. Except it wasn’t the physical land we had to make sure was clear but the spirit of the gift.

In my mind, I kept seeing the altar in the monastery chapel with the community gathered around it in a circle. I was thinking about what happens at the mass and about how something from the material world can be so infused with the grace of the Holy Spirit that it becomes something else. 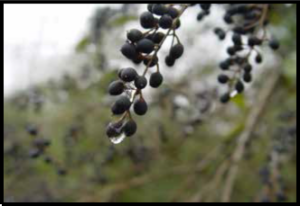 Our work was like that. Harvest Time’s task was to call the circle to gather around our altar – a piece of land in Mississippi – so that transformation could happen. As in the mass, the sacred drama revolved around a history of pain, violence, power and suffering. And, we believed, right in the center of that the Holy Spirit was active, transforming the worst that human beings are capable of into grace. Our work was to invite the people who could be in a process like that in order for the land to be given in a spirit of grace.

I did not understand at first how much time it would take to do the deep inner and interpersonal work in order for that to happen. I thought that because I could see what was possible, we could just do it. Unfortunately, the rifts in our culture run very deep. And many of the ways that we miss each other are unconscious. We were clear that we did not want the spirit of the gift to be distorted by the presence of distress in our exchange and so we took the time to do that deeper level clearing.

One of the hardest parts in this process for me was watching that fear and distress rear its head in our circle. I remember, for instance, the night I shared a room with Mary Brooks, a woman I consider a mystic. In the middle of the first night, I was awakened to the sound of her talking to a friend on the phone. She was telling him that she was afraid that Harvest Time was some kind of cult and feared what we intended to do with the people we had gathered. As I listened to her fears while pretending to be asleep, I became more and more afraid.

Then I remembered the drawing that I had placed on my nightstand. Right before I left home, my 6-year-old son made a drawing for me to take with me. In the image, a thick dark line surrounded a figure. When I asked my son about it, he told me the figure was me and the dark line was love protecting me from dark spirits. It was that love that I held on to as I watched Mary and others in this process project their fears and assumptions on to others. That was heartbreaking.

Even so, I did my best to stay with my intention in this process. This is not to say that I did not make mistakes. I did. For instance, I wish I would have known to slow the Harvest Time community down when we were considering taking on this project so that everyone would understand how much work would be involved and consent to do it. I also wish I had been clear at that time about the importance of a practice such as the Be Present Empowerment Model® for working in cross class, race, power projects such as this. I did not know to do so then and my lack of knowledge meant that community endured pain that it could have avoided.

I also wish I did not initially consent to that community’s recommendation that we unilaterally stop our collaborative process with the other organizations. At the time, complex factors led me to believe that I did not have a choice. It was only through legal counsel and the clear sight of Harvest Time’s Board of Directors that I realized that we could not follow the community’s recommendation. Harvest Time landed in our commitment to collaborative process but damage had been done.

These challenges and the pain I felt led me to doubt my ability to be in a collaborative process as a wealthy white person. For a while, I tried to be quiet and let others lead. Eventually I saw how disrespectful and destructive this silencing of my own voice was. The circle needed what I had to bring, not because it was better or more important than what any else brought, but because it was a piece of the puzzle. We needed everyone to do that.

In 2013, I was on a call with Lillie Allen and Margherita Vacchiano, our partners at Be Present. As I rehearsed some of the assumptions I had heard said about me, Lillie and Margherita repeatedly asked me if they were true. Somewhere in that conversation, I realized that they were not true and that my intentions in this process were profoundly honorable. From that point forward, I did my best to bring my perspective to the circle when I felt I had something to offer.

That was the trans-formation I needed to receive. I needed to learn how to bring the fullness of my spiritual vision and skills into a diverse, collaborative process as a white, wealthy person. I needed to learn what it looked like to have projections put on me; how to hold onto myself when that was happening; and how to stay in the conversation so that something could shift.

Many times I have asked, “Why me?” Why was I asked to do this deep work in Mississippi? I have no family connection there. I had no background in working with land. I was not an expert in collaborative process. “Why me, God?”

I know that it was my love for the original donors that brought me into it. I was profoundly moved by their vision of healing and reconciliation for their family land and wanted to be in service of that. And then, once I understood the work that their vision required, I stayed because I had to. Harvest Time owned the land and I had to walk it until the gift was given.

I also believe that this was a kind of spiritual assignment for me, a post Masters of Divinity program in building healing partnerships.

Before Mississippi, I knew intellectually that a Gospel-oriented journey with money would lead across cultural boundaries in service of healing and social justice. But I knew little about how to actually work in partnership across difference. It was so much easier to work with people like me. But the Kingdom of God requires that we build the community where all people can bring their spiritual vision and stand in the circle around the altar of grace.

Last month, I watched as my teenage son, a white young man, stood on a stage alongside a few African American peers in front of a mostly white student body and found his voice in a program naming the injustice of systemic racism. I felt the earth shaking underneath me as I realized that he has already figured out that the path of healing partnership is not about reversing power dynamics and silencing some people (in his case, white men and boys) but about creating the community in which everyone’s brilliance can shine and serve justice and love.

That’s what I was learning in Mississippi.