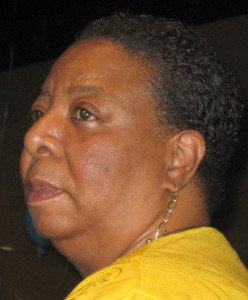 interested in receiving the Promised Land, we had no idea the bloody mess we were stepping into. Others in the group say they had no idea how long it would take. I didn’t either but even if I had known, I don’t think that would have deterred me. The truth is when it comes to things I’m directed to do by the Spirit of God, I’m a long distance runner, not a sprinter. I’ve gotten used to God sending me where others are not willing to go to do a job others are not willing to do.

What stood out for me over these years of our work is the blood. I was certainly aware of the blood shed by Native Americans as their land was being stolen and they were being driven away from their own heritage. And, I was generally aware of the hard-fought bloody battles of the civil war in the southern region. I was not consciously aware of the blood connected to this specific piece of land. From the beginning, it was not at all clear that tears and intense emotions would painfully flow like blood attending every step of this process.

This work has been difficult. It has been hard and mean and ugly and hurtful, unattractive, and even disrespectful. Why? Because this work is about a more spiritual kind of relationship and team building and a new paradigm of giving and receiving. This work has also been exciting. It has been healing and transformative. It has been generous. It has been fascinating and delightful.

The spirit that we have come to by being a part of this process is different for each of us. For me, it has been humbling and God never ceased to do beyond what I was thinking or even praying. And so goes the spirit of our work, led by the Holy Spirit that embraces those acres of the Promised Land in Mississippi.

The huge challenge has been to operate beyond the usual stereotypes and isms that defeat effective collaboration that are active in our culture. You absolutely can see and hear and feel all the isms. An ism thought turns into ism actions or at the very least, taints actions. A heart full of hate causes ism actions, even ism rules and protocols and ism laws. Ism emotions can be seen in the countenance on someone’s face, by a person’s body language, tone of voice, and even the words a person chooses to speak. If you’ve ever been on the receiving end of such communications and actions, you know the truth of this. All isms (race, gender, power, and class) have an ugly face, a diabolical mind, a heart full of loathing and revulsion, and a desire to be in control. The actions of isms follow the thoughts, feelings, and words of isms. Poison is spread by the spirits isms engender.

The spirits that we change and propagate in and amongst ourselves as we work toward our vision for the land become the new spirits of the land. The blood of hate and murder and death becomes the blood of new life, new birth, and procreation. We can’t change anything else until we can change ourselves. The spirits that we transmit and transform as we work on the vision for the Promised Land impact the whole earth (land) and not just that one piece of property in northern Mississippi. The blood that is heard crying out from that land is different than it was eight years ago. Eight years ago, the blood spoke of the injustices of the past. Today, the blood speaks of the awesome opportunities of the present and future.