It began at a table under a portable tent near a town called Corinth. Not Corinth, Greece but Corinth, Mississippi and the temptations we were up against were walls—the internal, unconscious kind—that lead us to fear people different than ourselves. 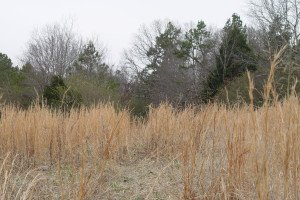 I was there on behalf of Harvest Time to give a gift of land. I thought it was a simple task, like writing a check or transferring stock. I had no idea that it would take us nine years to make the gift. I never would have said yes had I known. Maybe that’s why God chose us – because we didn’t know how complicated this process would be. But I think we did know how to recognize where the Spirit was leading and say yes.

Now that I think of it, it did not really begin at that table, but on a phone call. A group of Harvest Time friends had gathered via conference call to support two members of our community who wanted to give away a piece of land. As we were listening together, I heard my colleague suggest, “Why don’t you give it to us and we’ll give it away for you?”

For five years that circle of friends had been gathering to talk about money and Christian faith. We knew that the Gospel invites us to use money in ways that serve the well being of all. We came together to help each other figure out the specifics of what that looked like for our lives.

One topic that intrigued some of us was the notion of commonwealth. What if money was taken out of private decision-making and discussed in community? And what if land were not a commodity to be developed for personal gain, but a gift meant to serve all beings? In the context of questions such as these, my colleague’s suggestion that we work together to gift a family farm seemed like it could be a powerful experiment. Everyone said yes.

Soon after, there was a lighthearted ritual on a beach and then a legal transfer. By the end of 2006, Harvest Time owned (temporarily) approximately 55 acres of land in Mississippi, and I was part of a process with members of a Harvest Time community to give it away.
In December of that year, Nancy Thurston and I were tasked with writing a letter that could be sent to our networks. We chose not to write a RFP (request for proposals) that is typical in philanthropy because we were looking for something that was sourced in discernment and community. We were aware that power dynamics in philanthropy often favor donors. Donors or foundations, for instance, often set the rules of the game, determining the criteria that recipients need to fulfill in order to receive the gift. We wondered what it would look like for donors and recipients to share those responsibilities and thus share power. Instead of sending an RFP we asked, “Do you have a vision for healing on this land?”

Members of the Harvest Time community sent that letter to all of our networks and invited everyone who received it to share it. A few months later, four organizations and one individual sent us what they could see. The organizations were Be Present, Inc., Common Fire, Community Wholeness Venture, and The Young People’s Project. The individual was Mary Brooks Tyler, a woman from Mississippi. I read their visions in an armchair on a bright spring day. I remember the sense of awe that descended as I realized how similar the visions were. What people saw was a retreat center dedicated to healing of relationships between human beings and the earth.

Soon thereafter, the Harvest Time community gathered to consider the responses. Sensing that the Holy Spirit might be up to something, we invited everyone who had sent visions to join us on the land. “Come. Together, we will look around, meet each other, and listen together for next steps.”

Already we were in a different paradigm of gift. Ours trusted the wisdom of a circle that included giver and gifted to discern next steps instead of assuming decision making rested with the giver alone. Ours believed that the Holy Spirit would speak to us if we listened to each other and to the land.

I thought it was simple. We would go to the land, walk around, meet each other, share what we discerned and it would be clear who was supposed to receive this land. 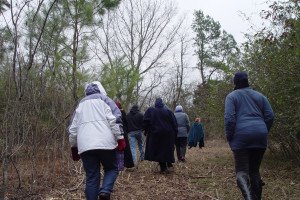 It is more than eight years later. The journey, of course, was not simple. Our first coming together on the land was a powerful, sacred time. Much more complicated was figuring out how to create a process that would honor that experience and embody our hopes for a collaborative process. Because our circle included people from different racial backgrounds, religious traditions, classes, ages, genders, and parts of the country, we had to figure out how to recognize and work through unconscious assumptions and fear when they were present in our midst so we could build a circle of trust. 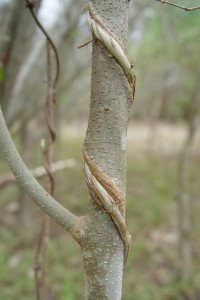 This trust circle was no small aspiration given the history of violence and racism that is associated with land in that part of the country. It meant facing and walking through places of deep pain that are active in our culture. Many organizations would have repressed, or turned a blind eye to the elephants in the room in order to complete the project quickly. At Harvest Time, we believed that it was essential to see, talk about and try to shift places of mistrust so that the gift could move in a spirit of love and serve the vision of healing and reconciliation dreamed by the original donors. We took the time to talk openly about the hard stuff and trusted that the Holy Spirit could remove the walls between us. This was our way of offering a spiritual foundation of love for the retreat center vision.

Many people gave their time and wisdom to this process. Not all of them are still involved. Two of the organizations, Common Fire and The Young People’s Project, stepped away from the circle after a few years. Some members of the Harvest Time community left the process in the midst of a very painful chapter. I wish I could say that this journey was without such losses.

A core group of people remained. It is their perseverance, faithfulness and willingness to have conversation after conversation to shift assumptions and fears that prevent us from seeing each other’s shining hearts that brought us to a point where we believe the gift can be given and received in the radiance of the Spirit.

We are, at last, in the home stretch of this journey. This summer, Harvest Time will gift the farm to Community Wholeness Venture (CWV), a North Carolina based non-profit that “exists to increase and enhance the overall health, well- being, and effectiveness of existing and emerging leaders, their organizations, and the constituents they serve by providing healing, spiritual development, and leadership development and technical assistance.” (Alease Bess) CWV’s dream is to build a retreat center that “effectively addresses spirit, soul, and body of individuals and groups alike and would sustain the transformation of our relationships with God, self, others, and things (including the whole earth).” (Alease Bess) Harvest Time’s involvement with this project will end when the land transfers this summer.

As we move toward final transfer, I want to share the story of this journey with you. In this blog, I will be sharing a creative weaving of reflections written by people who have been and continue to be deeply engaged in the gift experiment. Nancy and Howard Thurston have worked with me as part of Harvest Time’s team. Mary Brooks Tyler, the individual who responded to our request for visions, discerned early that she was not to receive the farm but stayed to support our process. Alease Bess, the founder and director of CWV, works alongside Karen Dargen as representatives of that ministry.

I hope their reflections inspire you to imagine ways that gifts made in the context of diverse partnership can participate in the grace of healing of deep wounds in our country. I also hope some readers will be moved to help us complete this process by making a financial gift. There are costs associated with legal transfer and, if funding allows, we would like to make a gift to CWV to help care for the land and provide a strong foundation for manifesting the retreat center. I trust that those who know they are to participate in this last phase of Harvest Time’s gifting process will do so.  Click here for more details.

Whether or not you are called to make a financial offering, your witnessing of this journey through your reading is its own gift. Thank you for reading.