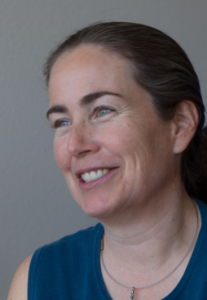 Earlier this year, Wisdom & Money celebrated its second birthday. During these first two years, we have devoted significant time and energy to creating our organizational structures. For us, this “behind the scenes” dimension is integral to our mission because we understand that “how” we work is a critical dimension of “what” we bring to the world. In this newsletter, I would like to share with you what we have been doing and why.

The Importance of a Clear Mission

I started my work in the field of money and Christian spirituality as the communications director for Harvest Time, Wisdom & Money’s parent organization. It was a wonderful job that allowed me to put words on what I had experienced in my own money journey and honor the brilliant vision of Don McClanen, the founder of Harvest Time.

Early on, I was tasked with travelling to Boston to lead a retreat. We had advertised the retreat as a safe place where wealthy people could gather to talk about money and faith. We also stated in our outreach materials that fundraising would not be a part of the conversation. It was a powerful retreat and was the beginning of a circle that continues to meet.

When I got home, I discovered that Don was upset because I had not asked for money. Don saw fundraising as a critical dimension of ministry with people of wealth and thought I had missed an opportunity. This was a difficult moment and led to an internal crisis at Harvest Time, as Don and I realized that we were holding different under-standings of what we were doing, why and how. 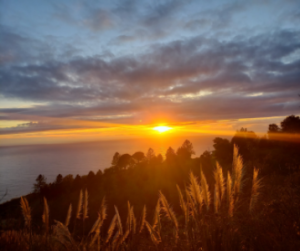 Thankfully, Harvest Time had a wise Board of Directors that helped us to navigate that difference in understanding.  As part of that, we made the decision to hire a consultant organization (Be Present, Inc.) to support the Board and Staff in discerning and articulating a clear mission for Harvest Time.I share that story because it was an experience that taught me how important it is to take the time to get clear about an organization’s mission, values and practices. Those pieces are like the center of a wheel from which everything the organization does rightfully flows. And yet it takes time and often money to discern a clear mission and to make sure that the people in the organization share a common understanding of that mission. Sometimes that can seem like a distraction when there is so much pressing work in the world to be done. But a clear statement of mission is critical for long-term success.

The Importance of Orientation

In 2016, Wisdom & Money’s Board of Directors empowered a “transition team” (Nancy Thurston, Steven Bonsey, Noa Mohlabane and me) to articulate our core values, practices and working principles. Our hope was to capture what we had learned in our 15 years of operating as Harvest Time and offer that to Wisdom & Money in a spirit of passing a baton. Once we completed that process, we reached out to invite new board members with a clear invitation. Everyone we asked said yes.

During the first few retreats with this new Board of Directors we took significant time to orient everyone to the work of Wisdom & Money. At our first retreat, for instance, we offered a history of Harvest Time’s transition to Wisdom & Money and introduced Wisdom Christianity. At our next retreat, we taught the Be Present Empowerment Model and invited everyone to share their financial numbers. In subsequent meetings, we continued to engage in our core practices and to keep learning about them, as we also do the work of governance of the organization. 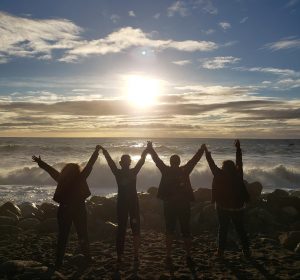 The reason we took this time and asked for this kind of commitment is that we believed that in order for the board to make wise decisions about Wisdom & Money’s future, the board had to understand what the work was from the inside out. That was the commitment that 8 and now 9 people gave (including all of our staff). Every board member signed up for a three year commitment and almost all have already committed to a second term.

When people ask me what it’s been like to shift from Harvest Time to Wisdom & Money I think about this group of people and feel profound gratitude. Wisdom & Money’s work is now held by a circle of people who are fully committed to the mission of the organization; willing to engage in its practices; and trained in working together collaboratively. I encourage you to read the personal reflections Board Members offered about why they said yes to be a part of Wisdom & Money.

When I was first invited to join the staff at Harvest Time, the organization had to face a question about how to pay me. At that time, Harvest Time’s pay structure was based on the Church of the Saviour’s model and the top end of that pay scale was far below what I needed to pay my bills as a single parent living in Silicon Valley. Thanks to the research of Sharon Gerred, a board member at the time, the organization began to look at the cost of living in different geographic areas as a key dimension of setting employee compensation.

A few years later, when I became the director of Harvest Time, we continued to wrestle with how to think about employee compensation. We were particularly interested in trying to imagine what it might look like to live the early Christian community’s practice of caring for each other’s needs in the context of a non-profit organization. Could we envision a model that would ensure that employees had enough? What would that look like when we have employees in different geographic regions and with very different household realities? And how would we do that and stay legally compliant? These and many other questions informed my seeking when it came to compensation policies.

In 2010, Harvest Time engaged the support of human resources consultants, Margherita Vacchiano and Rashaunda Allen, at our partner organization, Be Present, to help us develop human resources policies that reflect our vision and values. That consultancy resulted in an Employee Handbook as well as policies and procedures that help us to embody what we say we are about. We brought the fruit of that consultancy into Wisdom & Money and the process continues. In 2019, we are developing hiring and orientation policies to translate what we have learned so far about bringing new people into our work into policies that can serve as a foundation for the future.