A reflection in four stages by Steven Bonsey 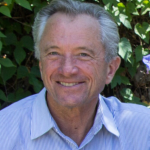 The popular view of rich people in this culture, with which I am sympathetic, does not include a sense of the 1% being in need of support.  I admit that I think this way about myself: why should I ask others to care for me when I can buy everything that I may need or want?

I now see that this, my own perception of my own situation, contributed to what brought me to the Circle in the first place, and it continues to feed the distress that I want to step out of.  The myth of financial self-sufficiency – the belief that with money I can buy all that I may humanly need – is based itself on an even more pervasive and damaging cultural myth:  that we as human beings exist separately from one another and from the earth; that we are ultimately alone; and that material security for myself and my family lies in possessing and controlling the things in the world that we may need.

The idea that we are separate from one another, separate from other species of life, from the earth — even from God! — and so forced to fend for ourselves in a world of scarcity: this notion serves as the drive shaft for the accumulation of wealth through the growth of the economy.  This drive has indeed led us on a path of previously unimaginable innovation, enterprise and the development of human capacity.  It has also led us through centuries of violence, oppression and exploitation to the brink of self-destruction.  And it sickens the souls of people like me who experience the human isolation that such apparent material self-sufficiency so often encourages.

I now believe that, in truth as well as in fact, the money came into my hands — not for a reason, as a justification for the way that it came to me, but for a purpose, as to the way that it is meant to flow through me into the world.

Not that anyone should feel sorry for me in this, or even that there should necessarily exist non-profit organizations like Wisdom & Money to tend to my emotional needs.  From a certain point of view, Wisdom & Money as an organization of public benefit works with people of wealth for the same reason Willie Sutton said that he robbed banks: that’s where the money is.  Concentrations of financial wealth, whether in the hands of individuals, families, or corporations, are nodal points of economic energy in the social Body.   These must be tended if the energy they are holding onto out of fear is to be released to flow for the health of the whole system.

This culture tells me that my money is mine, and only I can decide what is to be done with it.  I may even feel resentment when our common government “takes” it from me in taxes. I may even hire lawyers to help me legally to abdicate my civic responsibilities, navigate the loopholes in the tax code and accumulate more.  Private ownership of wealth is a fact and a foundation of our culture, and so it makes sense that an organization like Wisdom & Money, that encourages the movement of money in the flow of Spirit for the good of all, should focus its efforts first on those of us who are holding accumulations of money.

Private ownership is a fact in our culture, but it is not the truth.  Fate had placed 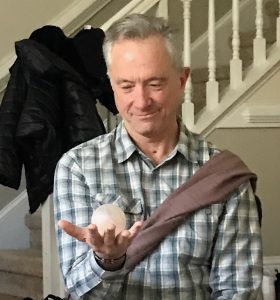 certain assets into my hands, but I didn’t feel comfortable with them sitting there.  The culture told me to hang on to them – who knows when I or my family might need or want them? – but my soul was not comfortable.  I knew that the currency was meant to flow.  But before I could unhand the assets in my control and allow them to move into the world in the flow of Spirit, I had to experience the money as a gift.  That is, I had to realize first, that I did not create the money, and second, that it had come into my hands for a purpose.

The first part of that statement was not difficult for me.  As it happened, I came into the stewardship of financial wealth through the random chances of marriage and inheritance; I certainly didn’t “make it” in any sense of that term.  But even money earned through my own labor and effort I consider to be a further outflowing of the original gift of my life.

The second part of that statement has been far more difficult for me:  to accept that the money had come into my hands for a purpose.  I resisted this notion because it offended my sense of justice.  Why should I have the enjoyment of financial wealth and all its advantages when I had done nothing to deserve it and when so many suffered for lack of it?

I now believe that, in truth as well as in fact, the money came into my hands — not for a reason, as a justification for the way that it came to me, but for a purpose, as to the way that it is meant to flow through me into the world.  My money becomes meaningful to me (and not only to me) as a gift that is meant to be received by me gratefully and given to others generously. 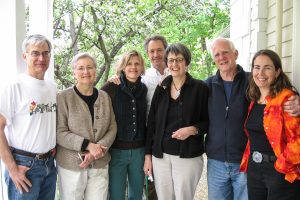 When Elisabeth and I participated in our first Boston Circle we did not pay for the privilege.  By the Living in Gift model, the services of Wisdom & Money cannot be purchased or hired; they can only be received as gift.  In the case of the Boston Circle, the expenses of our gathering and of Rose’s facilitation were pre-paid by another Circle, the Beloved Community.  To this day any newcomers to Wisdom & Money’s work who may participate in an Open Retreat are told clearly that the expenses of the retreat have already been paid for through the generosity of others — and they are invited to enter freely into that flow with their own gifts of whatever kind or quantity.