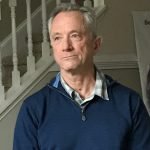 When Elisabeth and I came into the Boston Circle in the early 2000s, we had a question: How could we bring the management of our financial surplus into alignment with our Christian faith? We weren’t interested in conventional financial management that preserves and increases the accumulation. With our friends in the Circle – fellow self-identified people of wealth — we wondered how we could move money in the flow of Spirit. I asked myself, was there some particular purpose that the money was called to serve through me?

Paths in philanthropy or in alternative investing — whether SRI (socially responsible investing), or ESG (measures of positive impact in environmental, social and governance functions) or impact investing through filters of every hue — often begin with the identification of a cause or interest to be addressed. What do I value? What change do I want to make happen in the world with my wealth? 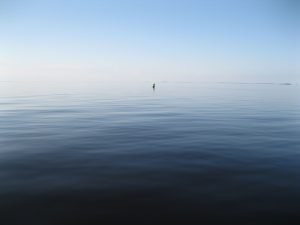 But if I want to discern something like a spiritual calling in my work with money, I can’t simply ask what it is that I want. I can’t just listen to the most insistent voices in my head. I want to find some stillness within which to listen.

We use the contemplative practices of the Christian Wisdom tradition – Centering Prayer, sacred chant, lectio divina – to assist our collective discernment work in the Boston Circle. These are also my personal practices. When I practice them on my own, I notice the inner spaciousness and clarity that they can bring. When we practice them together in circle, they help to create space for a spirit of non-judgment. Within such a space I can speak freely and listen openly. Over a span of years, we have become attuned enough to recognize signs of the Spirit moving in one another’s lives.

But if I want to discern something like a spiritual calling in my work with money, I can’t simply ask what it is that I want. I can’t just listen to the most insistent voices in my head. I want to find some stillness within which to listen.

My first clear sense of a personal calling for my work with money came all at once as an entire anapestic phrase: “the conversion of the church for the sake of the poor.” I might express it differently today, but that’s how it came to me then. And one of my first beautiful opportunities to respond to this personal calling came through a project at the Cathedral Church of St Paul (Episcopal) in Boston where I worked as a member of the clergy staff. 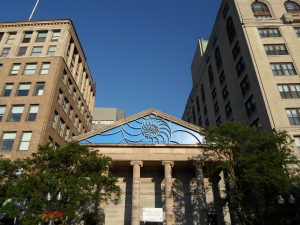 The Cathedral is located across Tremont St from the Common. There are several shelters in its neighborhood. One of my duties involved overseeing the decades-old Monday Lunch Program. Every week volunteers from various parishes served hot lunch in the undercroft to about fifty adults. We welcomed everyone and fed all comers.

Then came the recession of 2008. In a matter of weeks, the numbers of folk at our door doubled and then tripled, and the parish volunteers struggled to feed them all. The atmosphere sometimes felt tense in the well-filled basement space. I spent a lot of time standing in a corner of the room breathing deeply and praying that nothing would ignite.

I consulted with colleagues as to what to do, and a bold way forward presented itself: the guests must become the hosts. To explore this possibility properly, we would need to add to staff. And that would require finding money. I had an idea where to find money. When the Dean of the Cathedral hired the Rev. Cristina Rathbone to lead the Cathedral’s work with the Monday Lunch community, Elisabeth and I were donors to the work, as we remain today.

The miracle that followed began very simply. Tina invited Monday Lunch guests to a weekly forum on Monday mornings. Coffee and donuts were served. People who found themselves on the streets spoke about their lives and their needs. Those conversations, insofar as I joined them, revealed to me the extraordinary degree to which this community already cared for its own. They kept track of one another and shared information. They remembered comrades in hospital or in prison and watched for their return.

From this forum emerged a new model for the Monday Lunch Program. Those who gathered organized themselves as MANNA, “Many Angels Needed Now and Always.” At Monday Lunch, MANNA members joined parish volunteers in the kitchen. They welcomed folks at the door, dished and distributed plates, and served as “Pillars of Peace” at the tables.

This was just the beginning. MANNA went on to create a worshipping community; a meditation group; a writers’ circle and publication; and a Choir. Members distributed emergency blankets on winter nights to folks sleeping outside in places they knew. Today they serve as vested ministers in the Cathedral’s Sunday worship, and alumni form the backbone of the Cathedral’s building staff.

I continued for some years in a pastoral role at Monday Lunch, a smiling face in a black shirt and white collar back in the corner of the room. I was most effective in my role when standing beside the MANNA greeters at the door with a squirt bottle: “Hand sanitizer?”

My sense of purpose didn’t lead me to plan a campaign for creating the change that I wanted to see in the world. Instead, it guided me to participate with many others in the emergence of something beyond my imagining.

I had held a purpose that led me to be a donor to MANNA. That purpose was: “the conversion of the church for the sake of the poor.” Whatever I thought I was looking for, I found a genuine church arising as a movement of the Spirit through the bodies, hands and voices of people denied housing in Boston. I contributed to the financial and institutional resources of the Cathedral that played a catalytic role in MANNA’s emergence. But this came only as its traditional model of charity had been overwhelmed in the tsunami of human need generated by the greed of a financial industry housed just a few blocks away, an industry in which the Cathedral and I have both very likely invested.

My sense of purpose didn’t lead me to plan a campaign for creating the change that I wanted to see in the world. Instead, it guided me to participate with many others in the emergence of something beyond my imagining. But my participation was limited. I avoided the really hard work of hanging in through the hours of conversation in the forum that led to the amazing flowering of collaboration. I focused on work that I could do from my desk. The full measure of participation available to me in the living Body of MANNA I declined. Perhaps I was not ready.

I began my life as the son of a handsome Vicar and his charming wife on the island of Molokaʻi in the Territory of Hawaiʻi in 1956. Born then into that family, church and empire, I received housing, health care and an elite education to give me my start in life. In Divinity School I met and fell in love with the beautiful daughter of a bishop. This bishop himself had fallen in love with a woman who had co-founded a small oil company that was, as Elisabeth and I were married, actively in process of becoming a global fossil fuel corporation.

That is one way of telling my history, and there is no part of that history that I would ever give up. I feel immense gratitude for all of it, and I am humbled by all the blessings of my life. And what I crave now is the experience of participating fully as a member of the living Body of a new human community, the kind of community that comes together when the walls of divisions fall apart. But in order to participate in that, I have more work to do. I need to let go of the very tools that got me where I am.

Within the education given to me as a gift by church and college, I chose the tools that would advance me in the dominant system. I became that guy in the suit in order to exercise the advantages that I gained. I wanted to be a racehorse. I wanted to take initiative; seize an opening; run for daylight; get out ahead; command the lead. 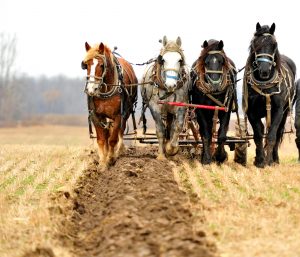 When I see the emergence of new community in the world around me, I want to be part of it. But in the new community, being a racehorse just isolates me. I need the skills of a plow horse. I don’t want to be running for daylight so much as sensing within myself in every moment the movement of my partners around me.

My work in the Boston Circle has brought me thus far. It has led me through the recognition of my financial wealth as a gift meant to be given. It has supported my discernment of a calling to move money with a sense purpose in the world, conscious of the movement of the Spirit.

Now I yearn for the blessing of deeper participation in the unity of a reconciled community. For this I commit myself to my own continuing shift. I want to learn to work collaboratively with all kinds of people. For this I want support, and that support needs to come from a different kind of Circle.

Where does a person in a white straight male body in this culture, replete with unearned financial wealth and social privilege, learn the skills of partnership and collaboration with all kinds of people that will enable them to participate fully in the new community? In the third segment of this series, I will share with you what I have found.