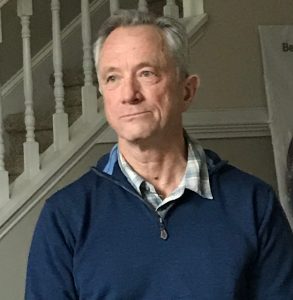 For those of us holding concentrations of wealth, this seems like a good moment in which to let some money move into a hurting world in the flow of Spirit. And in a hurry. What might that look like?

The pandemic, with its disproportionate impact on people of color both in infection rate and economic effect, coupled with the spectacle of widespread police violence especially against Black people, has exposed longstanding systemic inequities in our country.  As one who has garnered the proceeds of systemic racialized advantage, I want these inequities to inform my response to this moment.

As Michelle Alexander recently wrote, “In part, we find ourselves here for the same reasons a civil war tore our nation apart more than 200 years ago: Too many citizens prefer to cling to brutal and unjust systems than to give up political power, the perceived benefits of white supremacy and an exploitative economic system.   If we do not learn the lessons of history and choose a radically different path forward, we may lose our last chance at creating a truly inclusive, egalitarian democracy.”

How can I take a step forward now on a “radically different path” with my money?

For me, this is not a new question in this moment.  I have been pondering the question for some time, and I come to this moment with some criteria for my own response.

Second, I want to move money in a way that acknowledges connection across historic division while it enhances the political power and sovereignty of Black and Native American people.

How can I take a step forward now on a “radically different path” with my money? 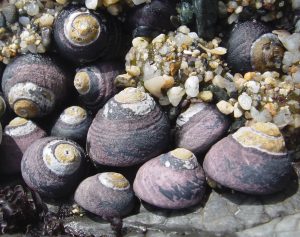 Third, I have come over time to the conclusion that the most effective means of moving money for economic empowerment is to work very close to the ground in communities emerging from systemic exclusion, funding those organizations that are best equipped to put funds most directly into the hands of individuals, families and small businesses.  People, after all, are the best judges of what will work for them.

This approach has led my wife Elisabeth and me to look at Community Development Financial Institutions, or CDFI’s.  These are mission-driven credit unions, loan funds or other financial institutions that provide access to affordable credit and investment capital in communities that historically have been denied that access.

We are convinced that CDFI’s play an important role in repairing one of the most deleterious historic effects of our nation’s exploitive economic system:  the crippling “wealth gap” between whites and people of color.  As Nicole Hannah-Jones wrote recently in the New York Times’ 1619 Project series:

Fifty years since the bloody and brutally repressed protests and freedom struggles of black Americans brought about the end of legal discrimination in this country, so much of what makes black lives hard, what takes black lives earlier, what causes black Americans to be vulnerable to the type of surveillance and policing that killed Breonna Taylor and George Floyd, what steals opportunities, is the lack of wealth that has been a defining feature of black life since the end of slavery.

Over the centuries white families have been enabled to accumulate wealth, not only by the country’s early history of slavery and dispossession of land, but by historic federal programs like the Homestead Act and the GI Housing Bill that  transferred financial assets into the hands of whites (both citizens and immigrants) while explicitly excluding people of color.

Black and Native American families been prevented from accumulating assets, not only by exclusionary policies but also by the institutionalized violence of sharecropping, lynching and race massacres, convict leasing, mass incarceration, employment discrimination, and more.

For Elisabeth and me, investment in CDFI’s that work with Black and Native American 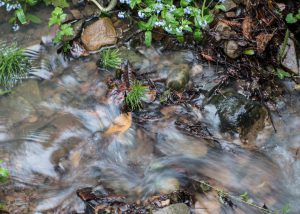 communities are a small gesture toward the repairing this historic racial gap in financial wealth.  In this way we hope to create conditions in which all people will have the voice and the means to enter into the co-creation of a world in which we find our true wealth and security in our unity with one another and with the Earth in the flow of Grace.

In particular, with our family connections to the American South, Elisabeth and I have for several years been investors in Hope Credit Union, whose website describes its work to “provide capital for small businesses, housing, community infrastructure, asset development and address socio-economic challenges confronting one of the nation’s most impoverished regions.

“Hope Credit Union serves a region from which wealth has been extracted for generations, and where families have limited ability to build savings and other assets.”

More recently I have attended two national conferences for First Nations Oweesta, a financial intermediary offering services to Native CDFI’s and Native communities  I was attracted to Native CDFI’s at first through my acquaintance with the culture and history of Native Hawaiians.  I was also attracted by what I found to be the strong communal and spiritual values I encountered in speaking with members of local CDFI’s.

In this way we hope to create conditions in which all people will have the voice and the means to enter into the co-creation of a world in which we find our true wealth and security in our unity with one another and with the Earth in the flow of Grace.

Most powerfully, I was inspired by the highly relational nature of their work as they personally accompanied families and small businesses in their financial journeys.  Furthermore, this relational approach seemed to extend to include investors.

I heard that much of the capital they work with comes from banks and other mainstream financial institutions who are required to place funds with local CDFI’s.  But what they were seeking, they told me, was investors who would personally care about their work and who would develop relationships within their financial partnership.

This is what I am doing now:  I am learning more about Native CDFIs with an intention of discerning whether Elisabeth and I may be called to move some of our money within such a relationship.  This is how I feel led to respond to this moment.