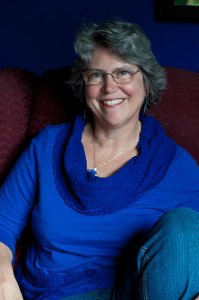 By Nancy M. Thurston
Following Harvest Time’s encouragement, the Beloved Community retreat circle wanted to experiment with a small portion of our portfolios as commonwealth rather than private wealth. Wondering how we could let our money flow freely into a “common pot” and then out into the world, we gathered around our altar, lit a candle and sat together in the silence, listening.

All of us agreed that we would each determine how much to donate to our common pot. Then we would decide together where to gift the money. We would all have equal say in the decision even though the amounts contributed would vary greatly.

Howard and I talked about how much we would donate to the common pot over the next few weeks. Not wanting this experiment to be just another financial decision, Howard and I prayerfully listened and soon arrived at the amount we were to give.

It wasn’t quite as easy, though, for us to see eye-to-eye on our personal donations.

Why, Howard wondered, had he agreed to give away twenty-five percent of our financial inheritance? In response to his anxiety, Howard set out to develop a plan to calculate how much money we would give away over the next ten-year period. He determined that a bold giving goal was the sum of the Christian tithe (giving away ten percent of income annually) added to the Islam zakat (giving away two and a half percent of assets each year). To calculate what that meant for us in the upcoming nine years, he subtracted the twenty-five percent that we had already given away.

When he explained his plan to me, I thought his calculations were nonsense and his bottom line stingy. I struggled to listen to his logic. Likewise, Howard had a hard time hearing me, afraid I wanted to give away even more.

For the next three days, we returned to this conversation. Nothing shifted.

The Beloved Community had taught us that an impasse such as this one was the perfect time to stop conversations
and start listening instead. Howard and I agreed to take a giving sabbatical, a period of time where we could have conversations without any need to make a decision. Howard was excited by that idea and suggested we do this for six months. We honored the few remaining donation commitments we had and began our experiment.

While on our giving sabbatical, I pondered the roots of my own thinking. Released from having to make any decisions, I was finally able to hear an inner voice that had been there all along, taunting me about being a wealthy woman in an unjust world. For me, the decision to give away

twenty-five percent was based on prayerful discernment, and my intent with the gift was solid, but somewhere in the background I was also trying to appease my guilt.

In addition, I caught sight that my desire to give money had also been influenced by my sense of responsibility to the organizations I feared had become dependent on the large gifts we had just given. As I brought my money guilt and fears out of the shadows, I began to understand my feelings and reactions more clearly.

Howard had felt the impact of my unnoticed feelings. Something in him knew I was unconsciously driven to give away more, and he countered with his formula to limit our donations. Our sabbatical gave us time to reflect and let our distress surface and dissipate, allowing our wisdom to become clearer.

In a Be Present training, Lillie Allen had emphasized the importance of coming to terms with who we were. She’d pointed out that as a wealthy white woman, even if I gave away all of my money, I still would have access to privilege with my white skin, education, and family connections. Instead, I needed to know what was true about myself and consciously use my resources, money and otherwise, in ways that were aligned with my values.

Likewise, I found guidance in Harvest Time’s acceptance of money related paradoxes. On one hand, we were called to respond to the cries of an unjust world—as in the admonition of Jesus to a man who wanted to inherit eternal life. Jesus told this man to sell all that he had, give to the poor, and follow him. On the other hand, God’s economy was based on an extravagant outpouring of love, highlighted by the loving affirmation of Jesus to the woman who anointed his feet with costly nard (that could also have been sold and the money given to the poor). Despite the greedy and addictive ways money was used in our culture, Harvest Time understood that working with money could be a doorway to spiritual transformation.

Since I’d loved the process of giving away the twenty-five percent, I struggled to imagine slowing down our giving when that money was gone. Our six-month giving sabbatical gave me the time to look inward and to share my thinking openly and honestly. Howard’s mathematical scheme was born of his own fear, but it allowed us to find a new way to meet in the middle of our opposing money concerns.

This piece is an excerpt from Big Topics at Midnight: A Texas Girl Wakes up to Race, Class, Gender and Herself by Nancy M Thurston. To purchase a copy of the book, visit www.NancyMThurston.com. A portion of the sales of the book is given to Harvest Time.