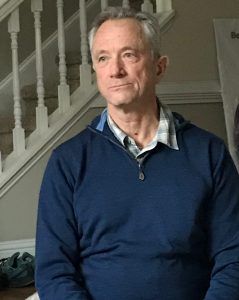 I first remember it happening with a classmate named Charlie not long after I was married.  We were at a graduate student party and had both enjoyed a couple of beers.  He was telling me his idea for applying new technology to an old social issue justice.  It was what he really, really wanted to do with his life — if only he had the money.

It was a bit of a far-fetched scheme, but he was quite excited about it.  And I thought, why not?  I suggested to him that my wife Elisabeth and I would be happy to fund his dream.  And then I felt a twinge of guilt.

The twinge was still with me in the morning.  I had made a commitment with our money, and now I would have to tell my wife.  And she wasn’t going to be happy.

Several dollars was what he needed.  It would make all the difference to him, if he had it.  Now that I was married I had that much and a lot more.  I could give it to him, and we would barely miss it.

I was going to have to tell Elisabeth, but I didn’t want to.  She would be angry at me for having made the offer without speaking to her first.  On that point, I knew that I was in the wrong.

She would also think the very idea of making the gift was preposterous.  I had a feeling that she was right there, too.  But why was she right?  Why not give the money?

We had that conversation, and shortly thereafter I went in search of Charlie.  I had to tell him that I was wrong to make the offer and I had to retract it.  But I didn’t want to tell him.  He would be disappointed, I was sure, maybe angry.

In fact, he was neither.  He hadn’t taken me seriously at the party, and there were no hard feelings.  He had known that the offer, though it may have been sincere in the moment, was not a good idea.  But how did he know that?  I knew that he was right about that, but I couldn’t figure out why he was right.

True, not every person of wealth feels uncomfortable with having more money than they need while others have too little.  Many, perhaps most, feel no guilt about this disparity — but some of us do.  I can’t make that reality fit with my sense of justice, no matter how hard I try.

At this point you may be wondering whether I possess even one iota of common sense.  No person with common sense thinks of giving away several thousand dollars in a sentimental gesture to a friend on the basis of a conversation over beers at a student party, no matter how much money they have.  Fair point.  But why is that?

I am not foolish about money.  Prior to getting married, I had done quite well at managing my modest finances.  I had worked for my spending money in college; it would never have occurred to me to write home for money.  I found a job right out of college, paid rent in the city, budgeted my groceries, and so on.  I had always known exactly what I could afford and what I couldn’t.  The idea of living beyond my means terrified me.

But that was the thing:  I had always known my limits and stayed within them.  With my marriage, that had changed.  I knew theoretically that financial limits existed for us, but I couldn’t find them.  I had no practical idea of where they might lie; they were beyond my grasp.  That was disorienting.  What could I not afford?  I had no idea.  Surely nothing that I actually wanted. 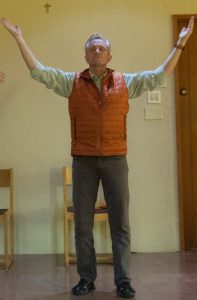 I am not alone in such feelings, I have learned.  True, not every person of wealth feels uncomfortable with having more money than they need while others have too little.  Many, perhaps most, feel no guilt about this disparity — but some of us do.  I can’t make that reality fit with my sense of justice, no matter how hard I try.

I think that my awareness of this injustice and my feelings of guilt played a role in my compulsive act of offering Charlie money.  That was the first time I did such a thing, but it hasn’t been the last.

Over time I have developed better practices around my giving decisions.  I have learned to be less impulsive, to gather information, seek consultation, and sleep on any conclusions.  I have also learned — largely through my involvement along with Elisabeth in the Boston Circle of Wisdom & Money — to align my giving with a personal sense of purpose and vocation.  That is, I give money where I also feel called to give my time, my presence and my attention.  Even more importantly for me, I have learned to pray deeply over my decisions and to seek a sense of moving money in the flow of Spirit.

I am still unable to rationalize away my sense of the injustice of economic inequality.  Trying to make sense of it, for me, is like banging my head against a brick wall just because I’m convinced it shouldn’t be there.

I have learned to pray deeply over my decisions and to seek a sense of moving money in the flow of Spirit.

At the same time, I have learned that guilt feelings are a lousy basis for making money decisions.  I didn’t offer money to Charlie in the flow of Spirit.  I offered money to him because I wanted my own uncomfortable feelings to go away.

A few days ago, I received an email that I had been anticipating:  a homeless ministry in Boston that Elisabeth and I have been supporting sent out a special appeal for funds to meet unexpected demands due to the Covid-19 crisis.  I clicked right through the email to the Giving page and typed in a cash donation of $1000.  This would be on top of our already generous annual donation.  I nearly clicked Send, then paused.

The next day at breakfast I discussed it with Elisabeth.  She had seen the message and was in favor of making a special gift. We knew the leaders; we knew many of the folks in the ministry; we had spent time with them; we knew the need was real and urgent. The email had mentioned that there was a $5000 matching gift on offer, so that it made sense to send cash now.  She asked what figure I had in mind.  I said $500, which is where I had landed after some reflection.  She agreed to this.

I felt both lightness and grounding a short while later as I made the gift.  It was a privilege to feel a part of the work that we were supporting.  I was so glad that they had asked us.  And I was so glad to have the money to give them.

All photos by Noa Mohlabane