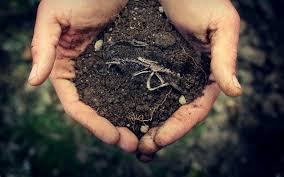 Some of us have no control over how money that comes to us is earned.  What do we do when the source of the income deeply offends our conscience and shifting into vehicles more aligned with our values is not an option?  The following reflection is offered by an anonymous author who shares his inner wrestling with that question.  I post it here as an offering for those of us who work with similar challenges.   Rose

What was planted in that question and in my pondering it was the realization that, in an inner way, I have not felt this money as coming from Kathy. And because of where it comes from physically—exploitative natural gas extraction from the earth—I have not really wanted to receive it at all.

When Kathy and her brother sold the gas rights to their mother’s farm in Pennsylvania, I opted not to have my name on the contract even though we were married. I wanted to separate myself from the evils of “fracking,” the process used in extracting gas that is so polluting of earth and water. (This was no doubt disingenuous of me, since whatever Kathy got she would share with me.)

The monthly royalties started coming in when Kathy was in her last year, painfully sick with cancer. When she died, I inherited—after a long period of probate—these monthly royalties. I was now making more money in a month than I had made in a year. For many years I had kept my income below taxable level— $9,000 year— so as not to pay federal income taxes; half of those taxes go toward making war, which I am conscientiously opposed to. Also, my major role models have been people in the Catholic Worker movement, many of whom live in voluntary poverty.

Almost immediately I sought appropriate ways of giving away this money: I gave a large sum to a local Community Foundation; I began taking steps to make our house more energy efficient (super-insulating, solar panels); I gave money to friends who needed it. This is, in a sense, my attempt to counterbalance in morally and environmentally wise ways the injury done to the earth through fracking.

In my grieving over the loss of Kathy, I have been doing contemplative practices to maintain contact with her spirit, and to assist her in whatever she is now doing in the spiritual world. Basically sending love. More difficult, but definitely part of the work, is receiving her love, the power of her spirit coming into my life and the life of the earth. I am loath to ask this, but could one of the forms of that love be this money that is coming to me as a result of fracking?

I receive a substantial amount of money (most of which I try to give away) from fracking, which is arguably bad for the earth and people. This money is—I am hesitantly starting to think—a gift from my beloved Kathy. Do I let go of the attempt to be pure, to be unsullied, to not be part of the nastiness of fracking? Do I continue to use the money for positive environmental and other causes, in the hope of counteracting the bad impacts? Could it be that a true receiving of this gift, wherever it comes from, will enable it to flow outward in streams that will increase the goodness, truth and beauty in the world?

These are the questions that I am sitting with right now.