In researching my family genealogy, I discovered a great-great grandmother who moved from Tishomingo County, Mississippi, to Christian County, Illinois when she was 13 years old. She moved there with her mother just after the Civil War. I don’t have reliable information about her father, but I am sure that there were many fatherless and husbandless families fending for themselves in chaotic and terrifying times. The 400 mile journey north to central Illinois must have been harrowing.

At that time (about 1867), Tishomingo County encompassed what is now Alcorn County along with modern day Tishomingo County. Together, these two counties comprise the extreme northeast corner of the state. Harvest Time’s land in Mississippi lies in Alcorn County, only a few miles from the Tennessee line to the north.

It didn’t surprise me that I have family roots in that area. From the very beginning of my involvement with Harvest Time’s process with land in Mississippi, I have felt a special draw to that particular place. I feel a sense of homecoming when I visit, even though I have no connection to the land that the rational mind can embrace. I have no idea of the exact location of my own personal Mississippi “family farm,” but it couldn’t have been too far away.

It, too, would have been located not far from the Civil War battlefield known as Shiloh, in Tennessee. The two-day battle of Shiloh, which occurred in April of 1862, was the costliest battle in American history up to that time. 13,047 Union and 10,699 Confederate soldiers were killed, wounded, missing, or captured (3,482 were killed, almost equally between the two sides).

And there’s more. Corinth, a nearby town and the Alcorn County seat, lies less than 17 miles south of Shiloh. The siege of Corinth, which followed the battle of Shiloh in May of 1862, added another 1,000 casualties on each side.

Whenever I visit that area, I can’t help but think about the sheer volume of human blood that would have soaked those battlegrounds. My family blood, my DNA, surely must have fallen at one time or another somewhere on the land nearby.

And earlier still, there was the blood of the Native peoples in that area, primarily of the Chickasaw Nation, many of whom were forced to relocate from their ancestral lands (many dying along the way) to the “Indian Territory” lying, ironically, west of the great river named Mississippi.

Yet, the same place today is charming and inhabited by many good people who love it just as much as I love my home. The southern drawl, the hospitality, the country roads, the brown Hatchie River, the town square in Corinth are all easy to fall in love with.

The land is alive and well, and I believe that it is asking for a human presence again—someone who will work and care for and live in Communion with that place. Someone willing to observe and celebrate the unbelievable beauty and fecundity of the land, without denying the pain that happened there. Someone who can see the Grace that has and continues to soak that land as surely as blood has. 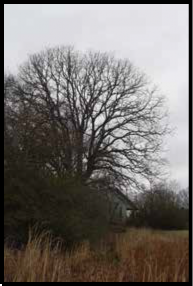 Blood and Grace. I am learning to come to terms with the paradox of living in a simultaneously broken and beautiful world as I have come to know and love this sacred land in Mississippi.